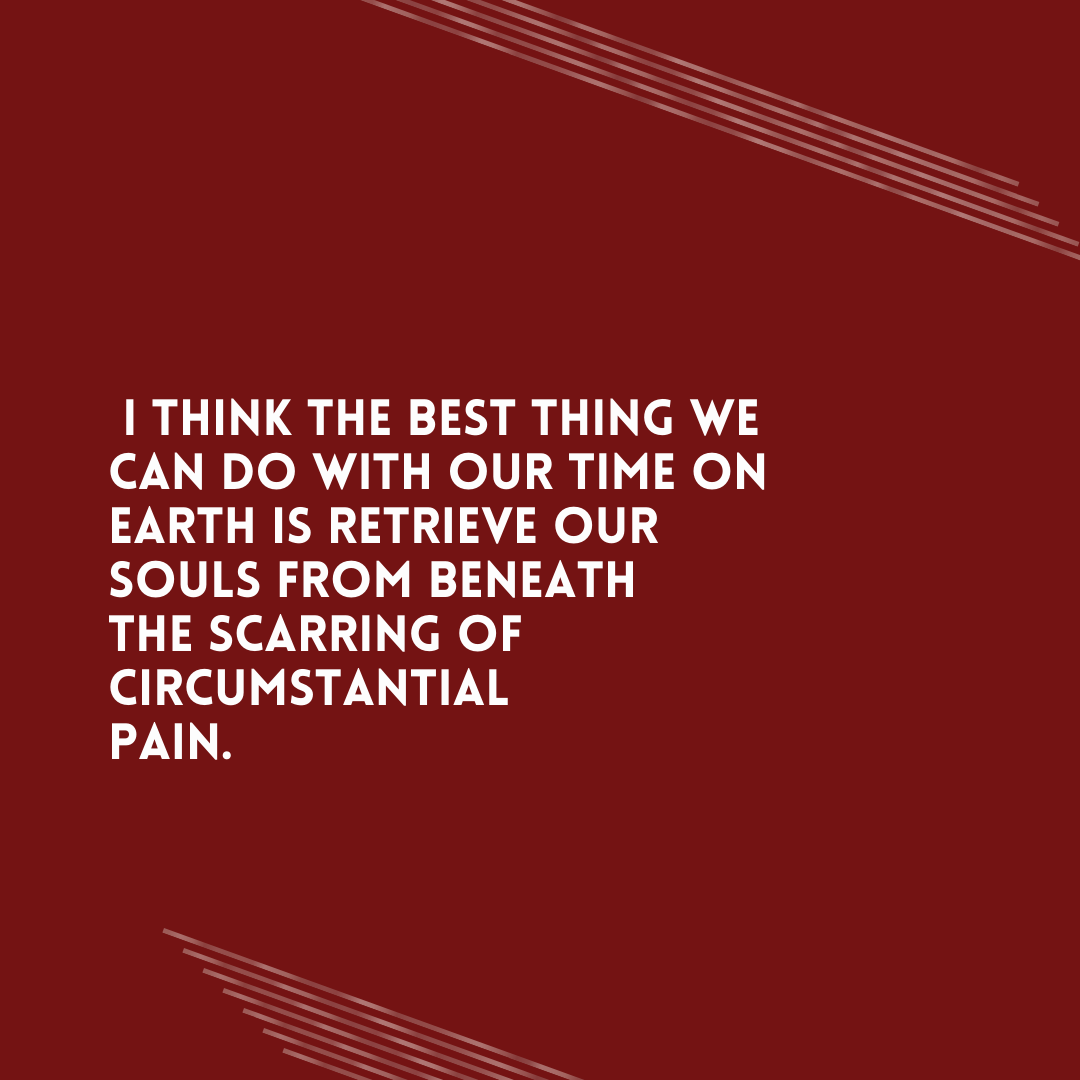 No one in my family has ever spoken about how my mother was ill with untreated bipolar disorder for the first 15-18 years of our lives.

I’ve been writing a memoir about intergenerational trauma and one event from my family’s history has become a central plotline in the book. In 2000, my mother went missing. It wasn’t until last week when I was writing about it that I realized, the event of her complete disappearance triggered my self-harming depression.

Of course, the realization made me cry and cry.

But then, I interviewed my father so that I could understand what happened.

Dad didn’t have many answers. And, the answers he gave me weren’t satisfying.

For example, I asked him how he coped with Mom’s illness and he told me how well he was doing, how he worked out every day and read books about mental health. But, when I asked him how my brothers and I were doing, he couldn’t remember.

When I told him that he left us with his parents for weeks, he denied it. It was obvious he had blocked out his memory of my mother’s illness.

I don’t really blame him. The house was abusive. If I could forget it too, I would.

My 90-minute conversation with Dad was chilling.

I was able to tell him that I don’t remember him being around at all. I told him that, as a kid, I took my Mother’s behaviour personally and it left me feeling alone and helpless. When I got home, I snapped my sunglasses in half and cried.

But, two hours later he redeemed himself when he called me and told me that he was glad we had the conversation. He’s proud of the work I’m doing. He thinks it’s good and he thinks I should have a conversation with my mother about the event as well.

After that, my usual binge eating for comfort ended. Something in me had settled.

When I spoke with my Mother, our lives changed.

Last night, she started by answering my question, “what happened when you left?”

She tells me it was only meant to be a short vacation. She told dad, she was going to Buckhorn but she would be back. And, she began listing those impulsive, delusional things that we all do when we’re under psychotic pressure, the visions, the dead bodies that command us, the voices we may hear, the auras we may follow. I listen and empathize with visceral connectivity. I understand. I tell her that, “I get it, I’m empathizing.”

And she says, “No, I empathize with you. How could I have abandoned you? And now you live with so much pain.”

Mom starts to cry. My mom was abandoned too as a kid. Not permanently but in a similar way to me. Her mother is a Holocaust survivor. She would leave Mom alone at home for hours and hours while Mom, an 8-year-old kid sat on the couch and thought, maybe her mother was dead.

When I was 12, the day my mother left, I believed she was dead and I grieved. When she came home, still psychotic, tearing apart our house with manic yelling, I knew my mother was gone. That night, I self-harmed for the first time. I don’t actually know how I survived that evening.

We were both crying, the kind of crying that persists without any air.

“But, I’m so lucky that you’re listening to me now, mom. because, I know at the time, you weren’t talking to your family, and Dad and his family didn’t trust you and you–“
“I was all alone.”

I grab her and hug her. She sounds tiny and feels tiny.

I’ve always wondered why I don’t like hugs. And, I think it may be because I’ve been waiting for this exact hug, right now, for my whole fucking life.

When she left, I recovered with Irish whisky and a Real Housewives of New York City marathon. But, it felt celebratory. Such a relief.

In the morning, Mom and I walked my dog, Mordechai, in the woods and she told me that she felt so sad, like a terrible Mother.

But, I told her, there are two giant positive takeaways.

First of all, if we didn’t love her so much, we could have stopped talking to her a long time ago, out of anger and resentment. But, my Mother has worked on her recovery with intelligence and self-compassion which is miraculous especially because my Mom has supported herself through so much emotional grief. I’m so proud of her for not quitting. I’m so proud of her for everything.

The second positive thing is that we still have so much time. We have every day. We have years. We have lots to look forward to.

We end the walk with another big hug. I truly used to cringe when she hugged me but it’s different now. There’s something instantly gigantic. Some kind of healing thing. Some kind of lightness.